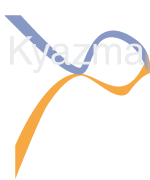 Analyse your QTL experiments with interval mapping, with the powerful MQM mapping (=composite interval mapping), or with a nonparametric method. MapQTL is easy to use, is very fast and presents the analysis results in tables and (adjustable) charts, that can be exported to MS-Windows ® text processing and presentation software.

Get an impression of the software with the slide show:

MapQTL is a computer program for the analysis of quantitative trait loci (QTL) in experimental populations of diploid species, in other words for doing QTL analysis. With QTL analysis regions on the genome that are responsible for phenotypic variation in the investigated quantitative trait can be detected and the associated genotypic effects will be estimated. The program can analyse QTL experiments with interval mapping (Lander & Botstein, 1989; Van Ooijen, 1992), with the powerful MQM mapping (Jansen, 1993) (which is equivalent to composite interval mapping (Zeng, 1994)), and with a nonparametric method. MapQTL is an MS-Windows program, it easy to use and is very fast.

The general concept of the program is the following. As a first step prepared data files of the marker observations, of the quantitative trait observations and of the genetic linkage map are loaded into what is called a project, which is just a working area for the program. These three input files are in a relatively simple plain text format. The map must be precalculated with computer software for genetic linkage mapping, such as JoinMap ® (Van Ooijen, 2006) or MAPMAKER (Lander et al, 1987). Next, the trait to be analysed for segregating QTLs must be selected with a mouse click in the graphical user interface (or with the keyboard), similarly the map and linkage groups to be used must be selected, the type of analysis must be chosen, various other computational parameters may be modified to your preference and subsequently the analysis can be run. After each successfully performed analysis the results are stored in so-called sessions that can be inspected right away and that will remain available for inspection any time later. The analysis results are presented in clearly arranged tables and highly customizable charts. These can be exported to files and copied to most MS-Windows text processing, presentation and spreadsheet software.

The present version 6 has several important new features with respect to its predecessor version 5 (Van Ooijen, 2004). A major one is the regression approximation to maximum likelihood interval and MQM mapping. The regression approach to interval mapping was introduced by Haley & Knott (1992) and independently also by Martínez & Curnow (1992). Advantages of the regression approach are a magnitude higher speed and reduced use of RAM memory, while the quality of the approximation is generally quite good (c.f. Haley et al, 1994; Knott et al, 1996; Knott et al, 1998; Kao, 2000). To the already large list of population types that can be analysed three more were added: a family of F2-derived doubled haploid lines, a family of advanced backcross inbred lines and a family of advanced intermated inbred lines. Another added feature is the possibility to analyse simple experimental design (e.g. blocking) and covariates jointly with interval and MQM mapping, which may increase the power and precision of the QTL analyses. Finally, traits observed in multiple populations can be analysed combined over the populations with interval and MQM mapping based on a common (integrated) linkage map.

MapQTL 6 is available as 32-bit software for the 32- and 64-bit MS-Windows 10 platform. Other MS-Windows platforms are not supported. Previous versions are no longer available.

If needed, support will be given to help you get the software running and solve problems not described in the manual. This support is limited to advice by e-mail to <support(at)kyazma.nl>. A list of frequently asked questions is presented at this web site.